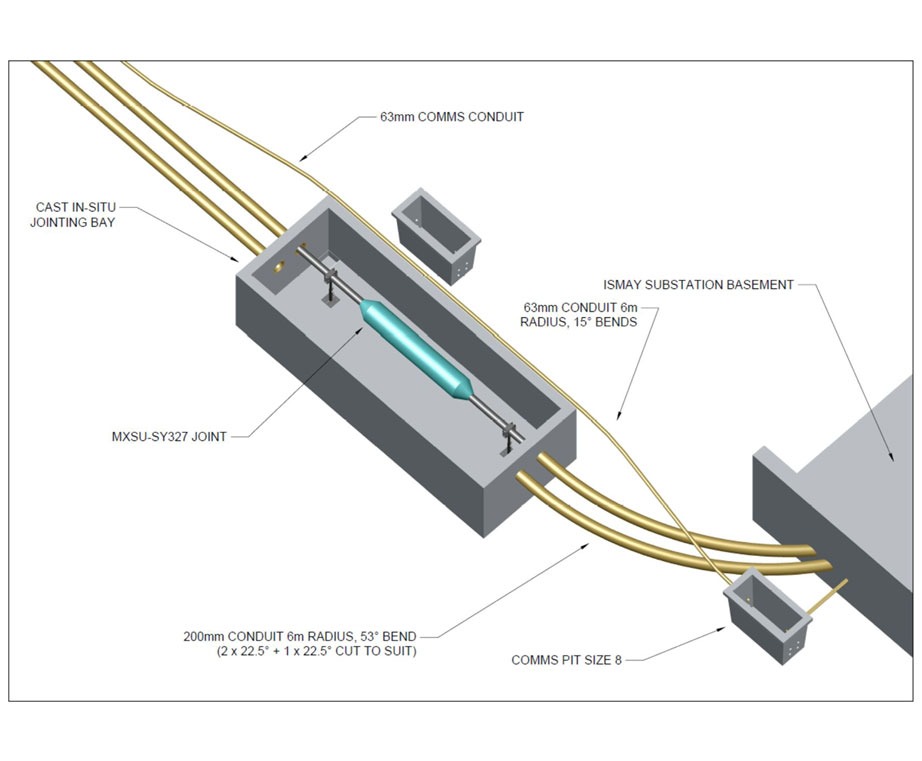 Ultegra was successful in being appointed as the ASP3 electrical designer for the Westconnex Stage 1B project which was $3.08 billion tunnel road project and a key government infrastructure project. The scope of the services provided by Ultegra was to design 1) the four-high voltage (11kV) underground tunnel construction supplies terminating at four different locations along the 5.5km tunnel route between Concord Road and Wattle Street Haberfield and 2) the permanent 33kV/26MVA underground feeder tunnel supply from the Ausgrid Homebush Sub-Transmission Substation (STS) to the tunnel substation at Homebush.

The tunnel construction supplies were rapidly designed to suit a tight project plan as they were integral element in the delivery of the tunnel project as construction cannot proceed without electrical supply to the tunnel excavation equipment. Similar to Northconnex the design process risk was controlled by adopting Ultegra’s risk processes and adopting lessons learnt in Northconnex. The experience gained by Ultegra also assisted the client as the requirements to achieve compliance to Ausgrid standards was able to be defined and communicated to project stakeholders early in the development process thus minimising risk of costly delays.

The design and engineering of the 33kV permanent tunnel supply was conducted in parallel to the 11kV construction supply development. This was possible due to the vast size of the Ultegra engineering team and resource management systems. The design of the permanent tunnel supply was a technically challenging project due to service congestion and existing underground feeders located around the Ausgrid Homebush STS. Soil thermal resistivity testing was conducted and used to develop accurate feeder cable rating models which were performed in accordance with IEC60287 and Ausgrid network standards. A large part of the challenge was in maintaining existing ratings on Ausgrid sub-transmission feeders with the introduction of the new Westconnex 1B 33kV feeders which will reduce the ratings of these feeder due to mutual heating effects. Ultegra was able to engineer solutions to mitigate against the mutual heating effects of the new feeders and maintain ratings on the existing network assets.

Ultegra has enjoyed the working with the Westconnex 1B project team and Ausgrid in delivering this key infrastructure project and we thank the Westconnex team for its continued support of Ultegra.